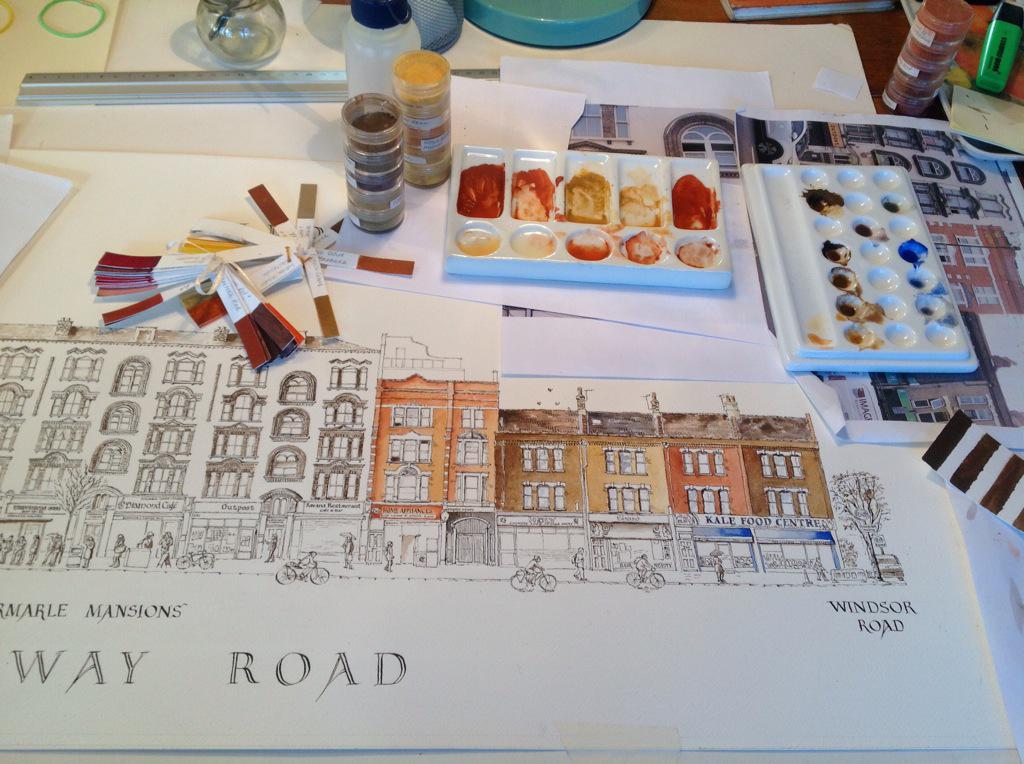 @RonnieCruwys has started adding colour to the Albemarle Mansions and that means I can tell you about Bessie Butt.

Mr Alfred Earl Sydney Davis, a music hall agent and author, obtained a divorce in Sir Samuel Evans' Court from his wife (who is known on the stage as Bessie Butt, and who stated to be earning £600 a year) on the gound of her miscondunt with Mr. David Pool, also a music hall artiste. The case was not defended, and the jury fixed the damages at £250 against the correspondent, a sum agreed upon between the parties. Married in 1901, the parties lived happily together till February last, when Mr Davis received a letter from his wife from Glasgow, where she was performing the principal boy's part in 'Aladdin' saying that she had left him for ever. Mrs Davis was afterwards discovered living at Albemarle Mansions, Holloway, with correspondent, whom she had met in 1903, when staying with her husband in rooms in Kennington Park Road.' - 25 June 1910, Dundee Courier

She could have done better. Ventriloquist. Pah.